The Rainbow Bridge and my little shelter doggie


Losing a pet is such a heartbreaking time and I get many requests for Pet Memorial Designs. Many of the most popular are the designs with the pet photo and a memorable poem or saying.

The touching poem The Rainbow Bridge has been around for years and still seems to be the most recognized of all memorial poems.

The first time I saw The Rainbow Bridge was a few years after I had lost a very special companion. It had been many months and although the pain was still there, I had a very strong feeling that I was to go to a pet rescue shelter that was close to where I worked. I just felt it was something I needed to do. I resisted for about a week but the feeling just would not go away.

One day after work I  walked in and there in the lobby was a large poster with The Rainbow Bridge. I stood there and read it with tears running down my face. I stood there for a few minutes and then I felt something rub up against my leg and I looked down to see a small, long haired fluffy dog.

I found out the dogs name was Apso - he was a Lhaso Apso!  His elderly owner had passed and the daughter could not keep him  as she had 2 larger dogs. He was an older dog and almost totally blind and deaf. The daughter was surprised that he seemed to like me as he was rather snippy around her family. 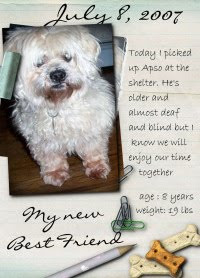 The lady behind the desk explained to her that it may be very hard to find Apso a home because of his being  blind & deaf and not necessarily friendly to others.

I walked across the room to sit down and he followed me. He sniffed my leg and then just stood quietly by me. I instantly felt a connection. I had a strong feeling that I was destined to come to the shelter to get this very special little dog.

A few days later after Apso and I both met our requirements -
I brought him home.  I was amazed how familiar he seemed -
as though he  had lived in my house for years. Although the vet confirmed that he was almost totally blind, he had no problem getting around .

We had a few very good years together. I still feel - even today - that I was destined to go there to get Apso. We both needed each other. And as crazy as it may sound, I feel my first lost companion, also a little rescue dog,  led me there. My heart ached  and reading The Rainbow Bridge made me feel that he was OK. He wanted me to know that - and there was another dog that needed me now.

So every time I read The Rainbow Bridge, I think of both Andy and Apso - our connections and our journeys together.

Apso was the inspiration for one of my first designs -
when I brought him home. 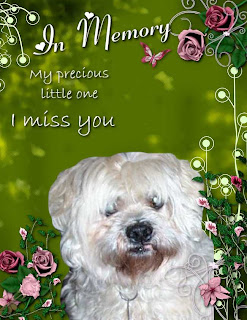 And then a few years later, my first practice memorial designs.

Although the style of my designs has changed, I still cherish these. 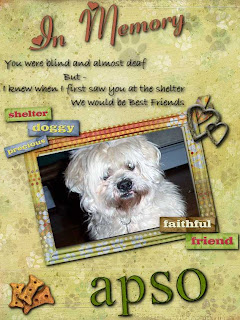 
You may recognize of few of the models here - and I am happy to say they are very much alive. A few friends have offered their loving pets to be models for my new designs. 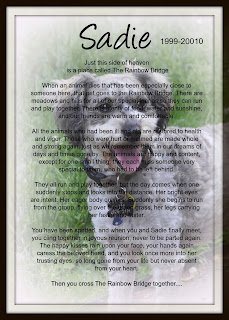 The Rainbow Bridge over the pets photo 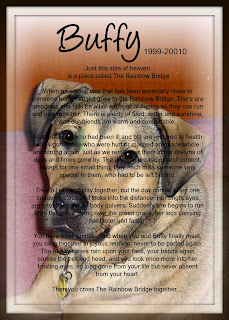 Pet photos can be cropped for a very close-up view 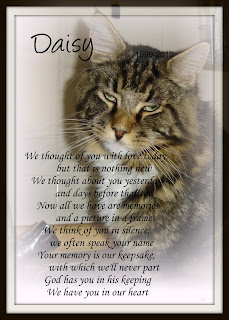 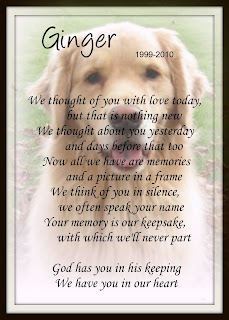 We thought of you with love today - another memorial poem

Return to Home page of  TheLaughingPet-OurDailyBark
Posted by Lindee at 11:49 PM 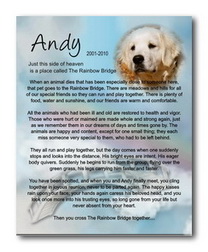 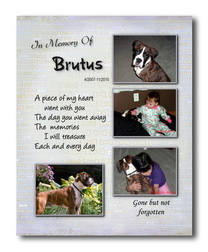 You can never have too many mugs 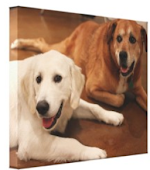 Your family or pet photo on canvas